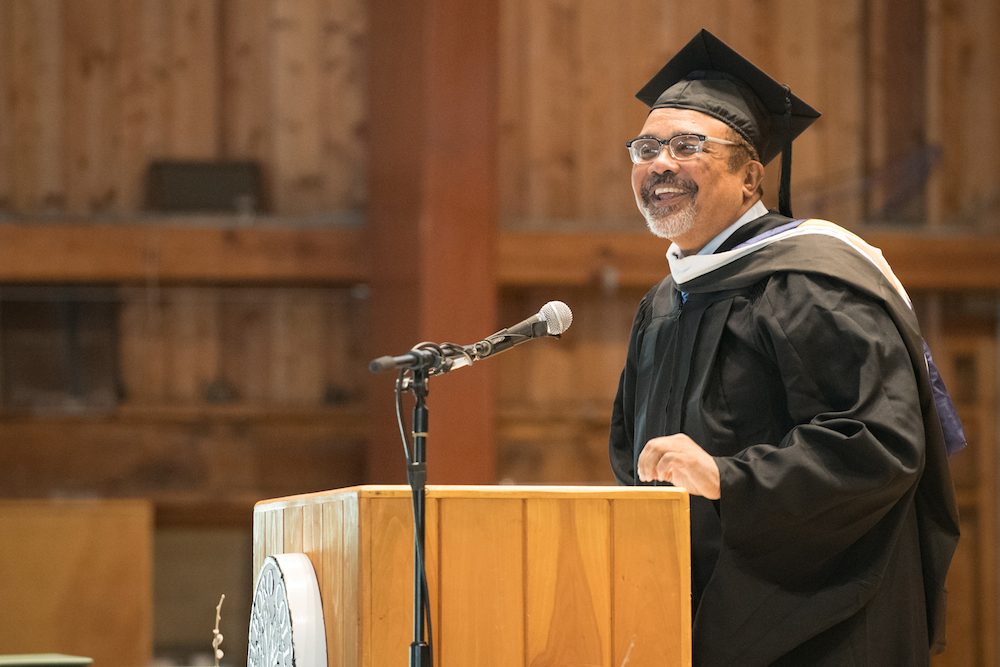 As you know I have been with you for a very short time. The fact is I barely know who you are. But here I am, standing in front of you with the task of sharing final thoughts before you leave this wondrous, but daunting, and yet magical hill.

Since you also don’t know me as well, you don’t know that I am prone to cliché’s and oh-so-tiresome narrative. I will spare you, well somewhat spare you from frothy and colorful rhetoric. I also promised during our commencement run through that I would not deviate from traditional valediction themes and go on about my view of current American Politics. It’s too bad, I can do a pretty good Donald Trump imitation.

How, I asked, could she maintain such compassion in the midst of so much human selfishness and greed? Their answer, well I will now refrain from cliché’ and worn rhetoric. What I will say is the answer reminded me we all have a choice in how to be in the world. This student’s mother had made a choice. A choice that involved virtue and empathy. A choice that creating love added love to both the world and one’s own life. So what I will leave you with is not to seek the pot of gold at the end of the rainbow but actually being the rainbow in a world that suffers too many dark and rainy days.

I will end with this poem from Mary Oliver:

Every morning
the world
is created.
Under the orange

of summer lilies.
If it is your nature
to be happy
you will swim away along the soft trails

for hours, your imagination
alighting everywhere.
And if your spirit
carries within it

each pond with its blazing lilies
is a prayer heard and answered
lavishly,
every morning,