As a graduate student, Tim specialized in English, Irish, and modern European history, areas in which his interest remained high while at Marlboro. However, he sponsored senior Plans on topics ranging from modern Japan to Imperial India. He was also a mainstay of the World Studies Program, having co-taught the introductory world history seminar, along with Dana Howell, for many years.

As first selectman of the college Town Meeting during the mid-sixties, as alumnus and trustee, as dean of students and dean of admissions for a total of seven years, and as a Marlboro faculty member, Tim has participated in nearly every phase of Marlboro life. In the early days, nearly all Marlboro students, but virtually no staff or faculty, lived on campus; therefore, Tim’s responsibilities as first selectman spilled over to include the morale and welfare of the entire community. He met the challenge skillfully enough to be appointed dean of students soon after graduation. 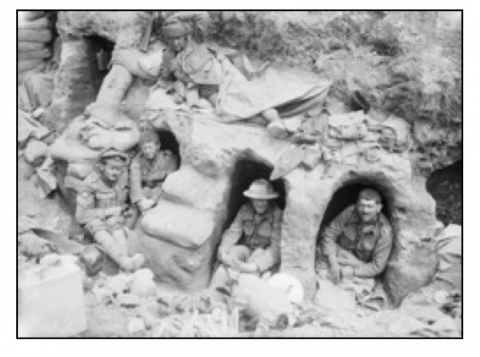 Foxholes, Flowers, and The European War