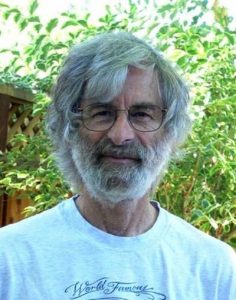 Leslie Lamport, a math professor at Marlboro in the 1960s, received the prestigious Association for Computing Machinery A.M. Turing Award for 2013 this summer. The ACM Turing Award, widely considered the “Nobel Prize in Computing,” carries a $250,000 prize, with financial support provided by Intel Corporation and Google Inc.

“My idea is that the best language that mankind has developed for stating things clearly and precisely is mathematics,” said Lamport, a principal researcher at Microsoft Research. “And so the best way to write a specification is using mathematics. Amazingly enough, this is a controversial idea.”

Lamport was recognized by ACM for imposing clear, well-defined coherence in the seemingly chaotic behavior of distributed computing systems, in which several autonomous computers communicate with each other by passing messages. His work with distributed systems began four decades ago, yet it remains central to the way computers cooperate, avoid errors, and reach consensus.

Lamport’s practical and widely used algorithms and tools have applications in security, cloud computing, embedded systems and database systems, as well as mission-critical computer systems that rely on secure information sharing to prevent failure. He also created temporal logic language (TLA+) to write precise, sound specifications, and LaTeX, the standard for technical publishing in computer science and other fields.

“Although I failed to somehow form a grand theory, what I had done, through my wanderings, is to create a path. And a lot of people have followed that path, and taken it much further than I ever went,” said Lamport.