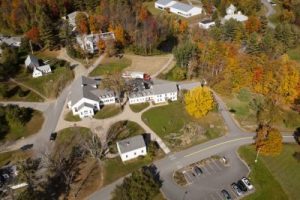 On February 10, Marlboro College announced that it would not increase its undergraduate tuition and comprehensive fee for the 2014-15 academic year. The college’s board of trustees approved the fixed price, which will apply to all incoming and returning undergraduate students.

“Students and parents are stretching to pay for a college education,” said Marlboro College President Ellen McCulloch-Lovell. “The board wanted to demonstrate our sensitivity to the cost and to let our our current and future undergraduate families know we are taking steps to support them during these challenging economic times. We have worked very hard over my tenure to control costs and keep our price competitive with other, similar liberal arts and science institutions, and we will continue to do so.”

Over the past decade, Marlboro has consistently decreased the annual rate of growth in tuition and fees, holding to the same rate of inflation for the last three years. The college’s total tuition and fees have dropped significantly in comparison to Marlboro’s competitor colleges, which include 25 public and private liberal arts institutions, over that period. As of 2013, Marlboro ranked number 17 out of 25 (and below the average) in total tuition and fees, before financial aid is applied.