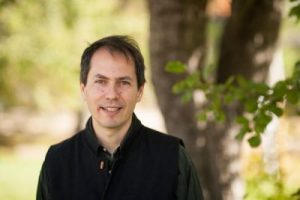 In March, Marlboro philosophy professor William Edelglass became the new co-director of the International Association of Environmental Philosophy (IAEP). The largest forum for wide-ranging philosophical discussions of nature and the human relation to the natural environment, IAEP has members in diverse disciplines around the world, on five continents. The organization publishes the Journal of Environmental Philosophy, and its annual conference is one of the largest in the world on the subject of environmental philosophy.

“I have a very pluralistic approach to environmental philosophy, which is in keeping with the goals of IAEP,” said William, who has been co-editor of the Journal of Environmental Philosophy and a “member at large” on the executive committee for two years. He is the editor of the recently published Facing Nature: Levinas and Environmental Thought. “I tend to be appreciative of excellent philosophical work wherever it comes from, not constrained by a specific ideology.”

IAEP embraces a broad understanding of environmental philosophy, including not only environmental ethics, but also environmental aesthetics, ontology, and theology, philosophy of science, ecofeminism, and philosophy of technology. Their 18th annual meeting, to be held in New Orleans in October this year, includes a keynote speech by urban theorist and political activist Mike Davis, on the sociology of natural disasters.

“IAEP exposes me to an enormous variety of ways of thinking, which helps me in my own curriculum at Marlboro,” said William. “Seeing new ways of approaching nature is important to me.”