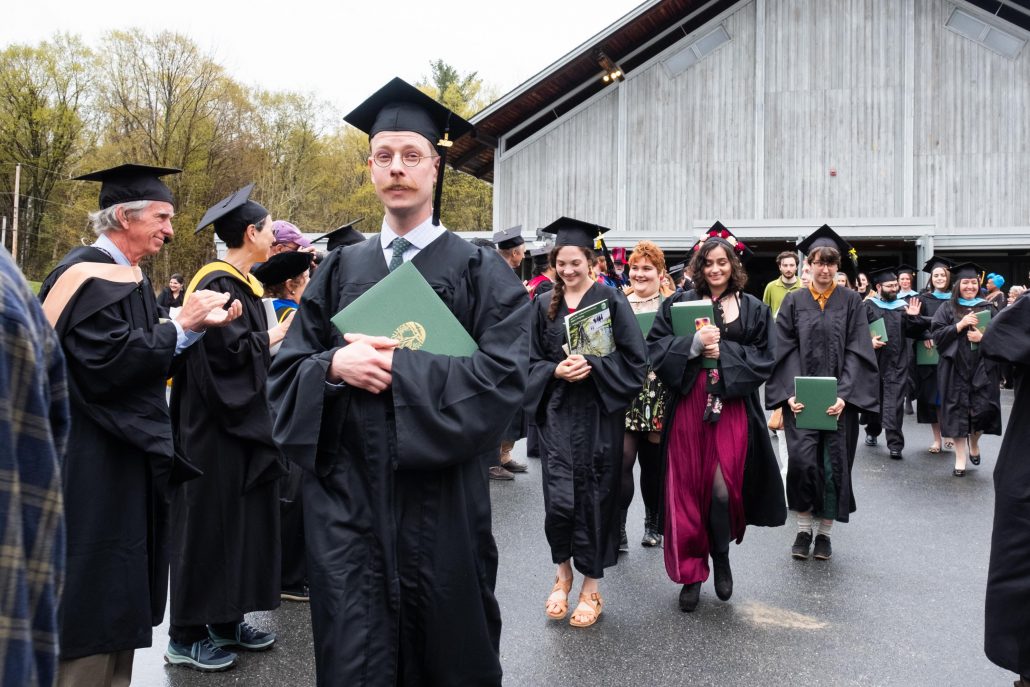 On a rainy, even snowy, May morning, the Marlboro College community was pleased to celebrate the college’s latest graduates with a ceremony in Persons Auditorium. Degrees were conferred upon a total of 49 graduates, including 26 undergraduates and 23 graduate students, who were applauded for their Plans of Concentration, Capstone projects, and many other accomplishments.

“One of the great joys of living and working at Marlboro is to witness our students live their passions, learn new skills and grow into engaged citizens,” said President Kevin Quigley in his remarks. “Like a parent who is never supposed to make comparisons among children, at some risk I want to say: this graduating class is especially dear to me. We came to Marlboro at the same time and have learned so much together.”

Three honorary degrees were also conferred, two of them to local artists and longtime college supporters Emily Mason and Trustee Wolf Kahn. Their daughter Melany Kahn was present to accept the degrees for her parents, and share some of their words and their abiding interest in the college. The third honorary degree was for Sean Cole ’93, radio producer and this year’s commencement speaker.